Before a lung operation, you may have tests to make sure you are well enough to cope with it. Surgery may remove:

The surgeon also removes lymph nodes in the nearby area to check if the cancer has spread.

If you smoke, your doctor and nurse will advise you to stop smoking a few weeks before your operation. After surgery, the nurses monitor you regularly and help you with any pain you may have. Also, they will give you breathing exercises to do. Recovery can take time, so try to pace yourself.

Your doctor will explain if surgery is a possible treatment for you. It depends on:

A lung operation is major surgery, so you need to be well enough to cope with it. Before surgery, your doctor will arrange for you to have tests to check how well your lungs and heart are working.

Your operation will be done by a surgeon who is an expert in lung surgery. Surgery for lung cancer involves removing the cancer and the lymph nodes in the chest. Your doctor may advise surgery if you are well enough and have:

After surgery, a doctor looks at the lung tissue they removed in the laboratory. This helps them confirm the type and the stage of the cancer.

You may have other treatments before or after surgery. If you had surgery to remove all of the cancer, you may have chemotherapy after it. This is to reduce the risk of the cancer coming back.

If surgery does not remove all of the cancer, your doctor may advise you to have radiotherapy or chemotherapy. 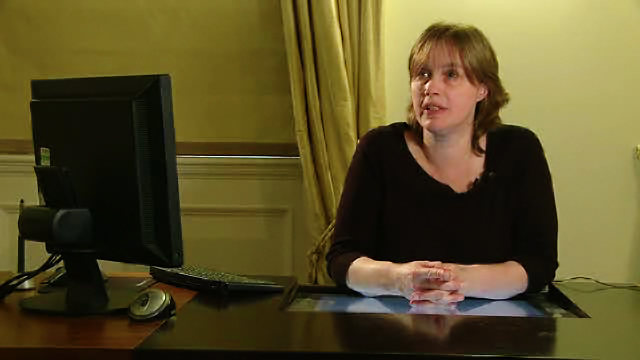 The type of operation you have depends on the size and position of the cancer. Below, we describe the main operations to remove lung cancer.

Removing one of the lobes of the lung

If you have early-stage lung cancer, you usually have surgery to remove one of the lobes of your lung. This is called a lobectomy. The surgeon removes the whole lobe that contains the tumour. This is about a third to a half of one lung (33% to 50%).

You may have surgery to remove all of one lung. This is called a pneumonectomy. This may be the most suitable operation for you if the cancer is close to the middle of the chest.

You can still breathe normally with only one lung. But if you had breathing problems before the operation, you may still be breathless afterwards.

Removing a section of a lung

You may be able to have surgery to remove a small section of the lung if:

During your operation to remove the cancer, your surgeon also removes lymph nodes close to the cancer. A doctor examines them under a microscope to check for cancer cells.

Knowing if the cancer has spread to the lymph nodes helps your doctors decide if you need further treatment.

Your doctor or specialist nurse will help you understand what your operation involves. Make sure you ask any questions or let them know about any concerns you have.

To remove all or part of a lung, the surgeon usually makes an opening (cut) around the side of the chest, in the area between the ribs. This is called a thoracotomy. Afterwards, you usually have a 10cm to 20cm-long scar.

Sometimes a surgeon uses keyhole surgery to remove early-stage cancers. This means they do not make one big cut. Instead, they make lots of small (2cm) cuts in the skin between the ribs.

They pass a thin tube (thoracoscope) through a cut. It has a tiny camera on the end. This shows a picture of the area on a screen. The surgeon removes the cancer using small instruments they pass through the cuts. This is called video-assisted thoracoscopic surgery (VATS). It is not suitable for everyone and it can only be done by surgeons who have had specialist training.

After keyhole surgery, the scars are much smaller than after open surgery. You usually have less pain and recover more quickly. This also means you usually stay in hospital for less time.

Before your operation, you may have an appointment at a pre-operative assessment clinic. You have tests to check how well your lungs are working and tests to check your general health. These may include:

Some people have more heart tests. They may also have further scans to check the cancer has not spread.

At this appointment, you can ask questions and talk about any concerns you have about the operation. The nurse may show you some simple breathing exercises to help with your recovery after surgery.

When you have the surgery, you go into hospital on the day of your operation or the day before. The nurses give you elastic stockings (TED stockings) to wear during and after surgery, to help prevent blood clots.

If you smoke, your doctor and nurse will advise you to stop smoking a few weeks before your operation. This will help reduce the risk of you getting breathing problems and other complications after surgery. It may help you recover more quickly and spend less time in hospital.

Your doctor or nurse can give you information and support to help you to stop. We have more information about stopping smoking.

The surgical team all talked to me before my operation and I felt very reassured.

You may be looked after in an intensive-care or high-dependency unit for a few days after your operation.

Even if you have to stay in bed, it is important to move your legs regularly. This helps your circulation and prevents blood clots.

The nurses will give you elastic stockings (TED stockings) to wear. Keep wearing them until the nurses say you can stop.

The nurses may give you oxygen through:

Your physiotherapist or nurse will show you simple breathing exercises to do. These help prevent chest infections and other complications.

You will have regular x-rays after your operation to make sure your lung is working properly.

After lung surgery, it is normal to have some pain or discomfort. There are different ways it can be managed. Your nurse will assess you to make sure your pain is well controlled. This is important so you can do your breathing exercises. These exercises help reduce your risk of a chest infection.

Tell your nurse or doctor if you are in pain, so they can treat it as soon as possible.

For the first few days after surgery, you may have painkillers in one of the following ways:

Your doctor will give you painkiller tablets to take when you go home. You may have mild discomfort or pain in your chest. This can last for up to several weeks or months after surgery.

Some people get new pain weeks or months after their operation. This is usually caused by nerves starting to repair after surgery. Tell your doctor or nurse about any new pain. They can check it and make sure you have the right painkillers.

After your operation, you will probably have the following tubes:

You usually have your stitches, clips or staples removed about 7 to 10 days after your operation. Or if you have dissolvable stitches, they disappear over a few weeks.

Your nurses and surgeon check your wound regularly while you are in hospital. Tell them if:

These are possible signs of a wound infection.

Although a big operation, it wasn’t as bad as I anticipated, because the pain control and after-care were so excellent.

You will usually be ready to go home 3 to 7 days after your operation.

You will have an appointment to come back to the outpatient clinic a few weeks later. At the appointment, the doctor checks your wound is healing and you are recovering well. They talk to you about the results of your operation and any more treatment you might need. You can also ask any questions you have.

It may take many weeks or months to recover from a lung operation. Some people recover more quickly than others. You need to pace yourself and try not to do too much, too soon. You need to avoid:

You can slowly build up your strength and fitness with light exercise, such as short walks. It is important to keep doing any exercises the physiotherapist has given you. To help your recovery, try to:

Keep taking your painkillers as your pharmacist explained. Contact your nurse if:

You can have sex again when you feel comfortable to.

Your doctor will tell you when it is safe to drive after your operation. It can take about 4 to 6 weeks for you to be fit enough. At first, you may find the seatbelt presses on your wound and makes it sore. You can buy padding for seatbelts that may help reduce this.

Some car insurance policies give specific time limits for not driving after chest surgery. Check with your insurance company.

What happens before the surgery?

Your surgery will be carefully planned to make sure you are well cared for.

A team of specialists will plan your surgery. This will include a surgeon who specialises in your type of cancer.

What happens after surgery?

It can be helpful to know what to expect in the days and weeks after surgery.

You will have follow-up appointments after your surgery to check on your recovery and talk about any concerns.

Dealing with your emotions

A support group for anyone affected by lung cancer to come together, share experiences, and ask questions.