The lungs are part of our breathing (respiratory) system. Our lungs take in oxygen and supply it to our organs and tissues.

The lungs are covered by a lining called the pleura, which has two layers. The inner layer covers the lungs. The outer layer lines the ribcage and a sheet of muscle called the diaphragm. The diaphragm separates the chest from the upper tummy (abdomen). 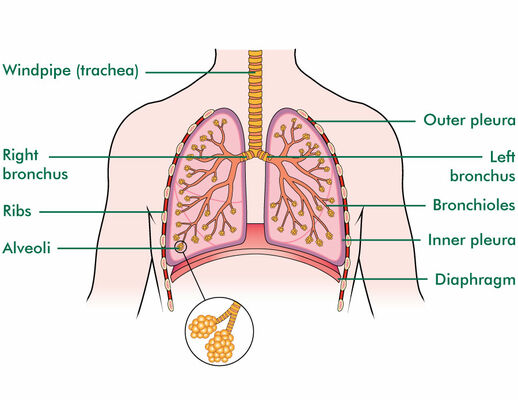 The lungs are part of our respiratory (breathing) system. This system includes the: 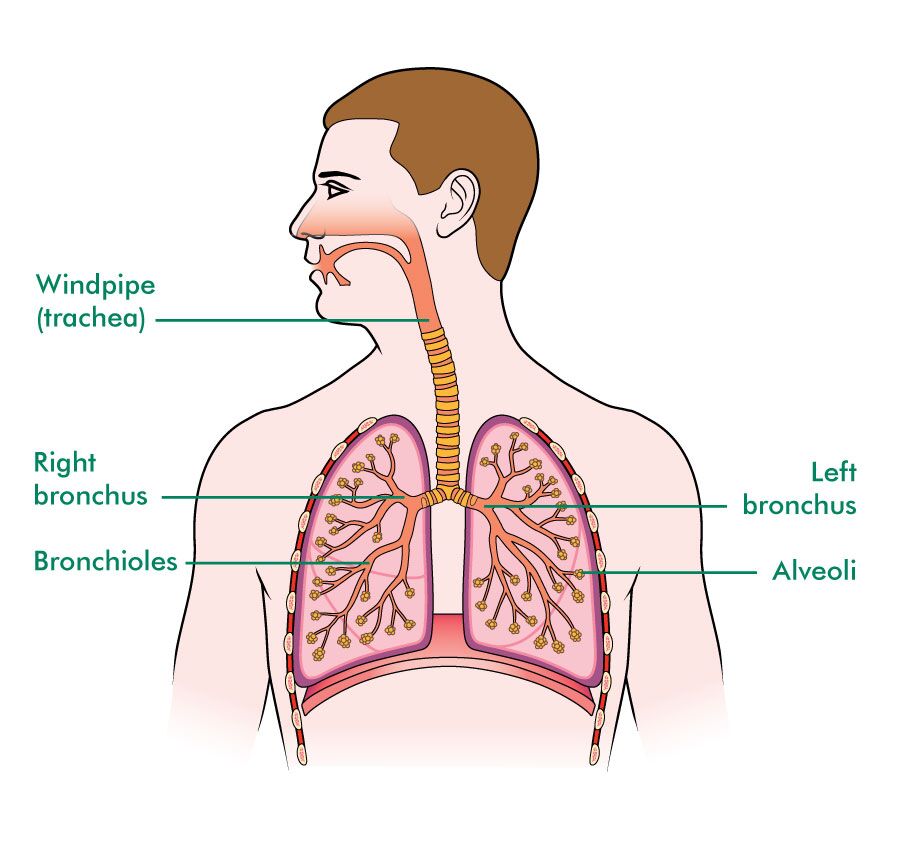 When we breathe in, air passes from our nose or mouth through to the windpipe (trachea). The trachea divides into two tubes (airways) that go to each lung. These tubes are called the right and left bronchus.

Air passes through each bronchus into the lungs through smaller tubes called bronchioles. At the end of the bronchioles, there are tiny air sacs called alveoli. This is where oxygen from the air we have breathed in (inhaled) passes into the blood. Then oxygen is circulated through the blood around the body.

The lymphatic system helps protect us from infection and disease. It also drains lymph fluid from the tissues of the body then returns it to the blood.

The lymphatic system is made up of fine tubes called lymphatic vessels that connect to groups of lymph nodes throughout the body. Lymph nodes (sometimes called lymph glands) are small and bean-shaped. They filter bacteria (germs) and disease from the lymph fluid. When you have an infection, lymph nodes often swell as they fight the infection.

Sometimes, cancer can spread through the lymphatic system. If the cancer cells spread outside the lungs, they are most likely to go to lymph nodes nearby in the chest. 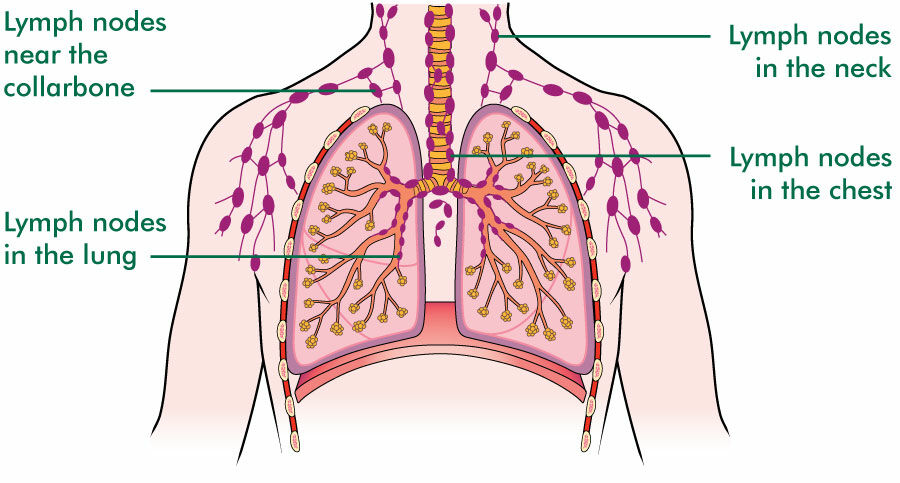 Macmillan Cancer Support Line
The Macmillan Support Line offers confidential support to people living with cancer and their loved ones. If you need to talk, we'll listen.
0808 808 00 00
7 days a week, 8am - 8pm
Email us
Get in touch via this form
Chat online
7 days a week, 8am - 8pm
Online Community
An anonymous network of people affected by lung cancer which is free to join. Share experiences, ask questions and talk to people who understand.
Help in your area
What's going on near you? Find out about support groups, where to get information and how to get involved with Macmillan where you live.
Get help