The testicles produce sperm and the hormone testosterone. They are the main part of the male reproductive system.

The testicles are two oval-shaped organs in the scrotum. The scrotum is a bag of wrinkly skin at the base of the penis. The testicles (sometimes called the testes) hang below the penis.

Testicles produce sperm which can fertilise an egg to make a baby and they also make the hormone testosterone.

The structure of the testicle 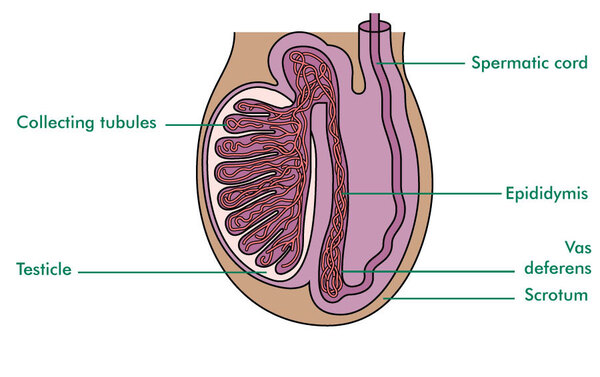 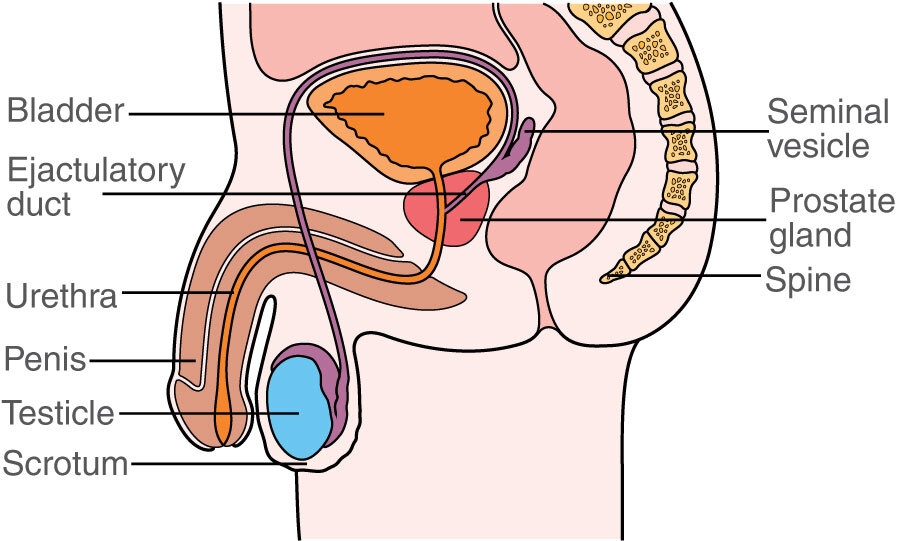 Sperm travel from the tubules inside the testicle to a tube called the epididymis. This feels like a soft swelling at the back of the testicle. The epididymis widens and becomes the vas deferens, which is part of the spermatic cord.

The spermatic duct joins a shorter tube, called the ejaculatory duct which connects to the urethra. The urethra is the tube from the bladder to the end of the penis that pee passes from.

Sperm from the testicles mixes with fluid from the prostate and another gland called the seminal vesicles. This forms a fluid called semen. When the penis is stimulated semen is forced (ejaculated) through the urethra out from the penis.

The testicles also make the hormone testosterone. Hormones are chemical messengers that help control different functions in our bodies.

Due to the pandemic, there have been delays in us updating this information as quickly as we would have wanted. Our team is working hard to put this right.

The language we use

We want everyone affected by cancer to feel our information is written for them.

We try to make sure our information is as clear as possible. We use plain English, avoid jargon, explain any medical words, use illustrations to explain text, and make sure important points are highlighted clearly.

We use gender-inclusive language and talk to our readers as ‘you’ so that everyone feels included. Where clinically necessary we use the terms ‘men’ and ‘women’ or ‘male’ and ‘female’. For example, we do so when talking about parts of the body or mentioning statistics or research about who is affected. Our aims are for our information to be as clear and relevant as possible for everyone.

You can read more about how we produce our information here.