Story
For World Cancer Day on 4 February, we're talking about the hidden costs of cancer. Alan, Helen and Judith share their stories about going through cancer and some of the challenges people may not be aware of.

Watch our video about Alan and his experience of coping with cancer through drag.

“I was diagnosed with stage four cancer in 2010. It was non-Hodgkin lymphoma, which is a blood cancer.

It was heartbreaking news. I was there with my partner, now of 21 years, and we both cried our eyes out. But that’s how it is.

As a gay man, I did wonder whether or not the cancer was caused by my lifestyle; all of the clubbing and partying and fun that I had, not looking after myself properly.

But I was assured by the doctors all the time that it was not because of who I am; this is just something that I have got.

When most people hear someone has been diagnosed with cancer, they immediately think that it is a death sentence. They don't seem to realise that there are over two million of us still here!

There also seems to be a misconception that once we have had the treatment we are 'better' and do not appreciate that many of us are still battling with the side effects of having cancer - physically, emotionally, and quite often financially."

Alan launched Cancer Is A Drag, a fundraising group supported by Macmillan, which aims to support people living with cancer from the LGBTQ+ community.

"I could not have gotten through this without the support of my family and friends. They were there every step of the way and I think it brought us closer.

Having someone to listen or give a hug was so very important, especially in the early days. I also got a lot of support from Macmillan via their forum groups and the Cancer Voices community.

Cancer Voices gave me somewhere I could go to talk to other people who had been through the same things as me and put me in touch with nurses, doctors, support groups.

My advice to anyone else going through a cancer experience would be don’t panic – you are stronger than you think you are."

Helen was first diagnosed with cancer in 1991 and has been diagnosed five more times since then. She's a carrier of the HNPCC gene (Hereditary Non-Polyposis Colorectal Cancer), with a history of multiple cancers in the family due to genetics.

"This is one of those times when it is ok to put yourself first!" - Helen

"The biggest misconception the public has around living with cancer is that every cancer patient living with cancer receives the same care and attention, when in fact there is a wide discrepancy concerning the care given and received.

People assume that how you look is how you feel and actually they aren't always in alignment, just because you look good doesn't mean you feel good.

My life changed irreconcilably when I was diagnosed with terminal cancer.

My surgical team were amazing and supportive just not in the way I needed, they were compassionate and empathetic, but they were not willing to explore alternative care plans.

One of the hardest challenges I faced was that for me to be able to accept my diagnosis I needed more information. I needed to know what type of cancer I had at the very least, however, because my histology was unclear they were unable to ascertain this and clearly did not understand my absolute need to know the origin of where my cancer came from - it felt like a lonely journey.

Judith was diagnosed with terminal bile duct cancer in July 2018.

"There is a wide discrepancy concerning the care given and received." - Judith

Support with the hidden costs of cancer

Cancer comes with many hidden costs. But Macmillan is here to support you. You may find these resources helpful:

How you can help

Macmillan is here for everybody living with cancer, with our specialist information, support and services. But we couldn't do it without our incredible supporters. Here are a few ways you can get involved. 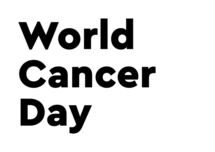 What is World Cancer Day?

You can find out more on the official World Cancer Day website.