Staging for mesothelioma refers to the size of the cancer and whether it has spread. There are different staging systems: TNM and IMIG.

The stage of a cancer refers to its size and whether it has spread beyond the area of the body where it first started. Knowing the extent of the cancer helps the doctors decide on the most appropriate treatment for you.

There are a number of different staging systems. Many are based on the TNM system where:

There are different staging systems for the different types of mesothelioma.

The staging system most commonly used for pleural mesothelioma is called the International Mesothelioma Interest Group (IMIG) system. It is based on the TNM system, which has been adapted for mesothelioma.

A simplified version of the IMIG system is described below.

Stage 1 is divided into:

The cancer is in the same areas as stage 1, but has also spread to nearby lymph nodes (N1).

Stage 3 is divided into:

The cancer has spread outside of the chest to another area (metastasis or M1). 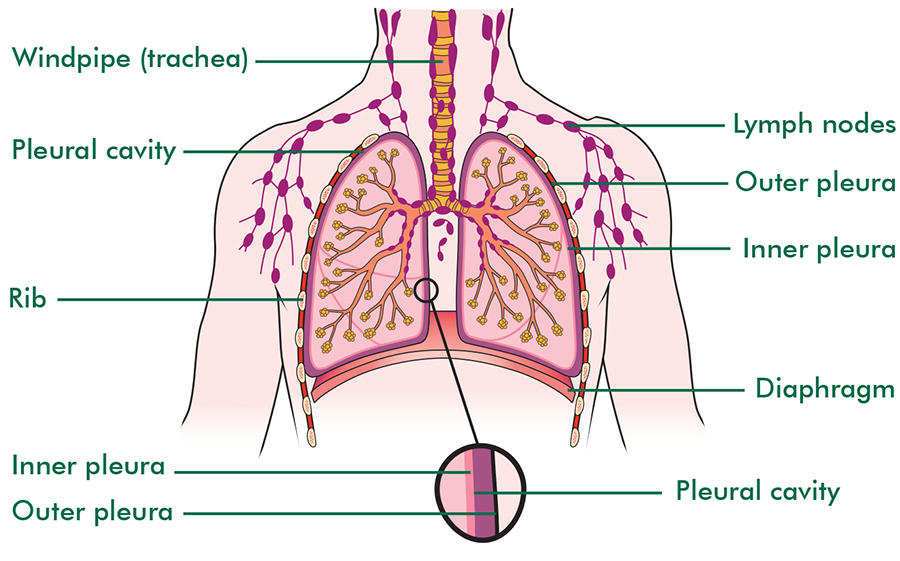 There is no specific staging system for peritoneal mesothelioma. But doctors sometimes use the TNM system.

Some doctors use an adapted TNM system called the Peritoneal Cancer Index (PCI).

This is put together with information about whether the cancer has spread to any lymph nodes or to any areas outside of the peritoneum. PCI is not routinely used in the UK. But you can ask your doctors for more information if you have any questions.