Radiotherapy uses high-energy rays to destroy cancer cells. Kidney cancer does not respond to radiotherapy very well. But it can be effective when used to relieve symptoms, such as bleeding. It may also be used if the kidney cancer has spread to other parts of the body, such as the brain or the bones. This is called palliative radiotherapy.

We have more information about secondary bone cancer and secondary brain cancer.

The treatment is given in the hospital radiotherapy department. You usually have it as an outpatient. Radiotherapy is often given as sessions called fractions. If radiotherapy is given to relieve symptoms, it is usually given for a few minutes a day for a few days. Sometimes only one fraction is needed. Your doctor will discuss the treatment plan with you.

Side effects of radiotherapy

Radiotherapy can cause tiredness. Other side effects depend on the part of the body being treated. When radiotherapy is given to relieve symptoms, the side effects are usually mild. The doctor who plans your radiotherapy (clinical oncologist) or a specialist nurse will tell you what to expect. Usually side effects go away slowly when your course of treatment has finished. You should let your doctor know if they continue. 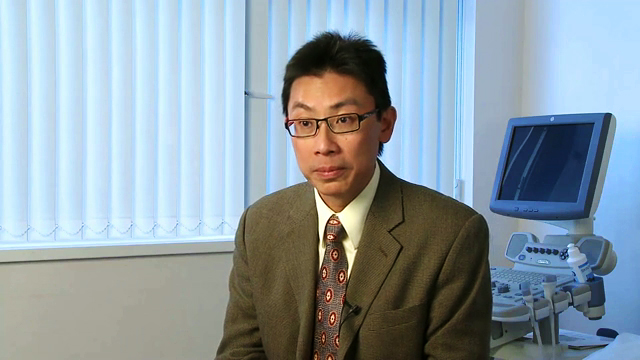 Consultant Clinical Oncologist Vincent Khoo describes external beam radiotherapy, how it works, and what it involves.

Information about our videos

Consultant Clinical Oncologist Vincent Khoo describes external beam radiotherapy, how it works, and what it involves.

Information about our videos

Your doctors may tell you there are different options for your treatment. Having the right information will help you make the right decision for you.

Surgery involves removing all or part of the cancer with an operation. It is an important treatment for many cancers.

Tumour ablation is a type of treatment that uses extreme temperatures to destroy small tumours, instead of having surgery.

Arterial embolisation can shrink the tumour and help control symptoms by blocking its blood supply.

Targeted (biological) therapies interfere with the way cells grow and divide. Find out how they may be used to treat kidney (renal) cancer.

Many people are offered a trial as part of treatment. Find out more to help you decide if a trial is right for you.

You might be thinking about how to get back to normal following treatment. Find advice, information and support about coping with and after cancer.

Read our booklet about kidney cancer. It covers causes and symptoms, diagnosis, staging and grading, treatments and clinical trials.

Dealing with your emotions

A place for people affected by kidney cancer to support one another, ask questions, and share their experiences.