We understand that people with cancer are worried about coronavirus. Here is the latest guidance. We will update it regularly.

Macmillan Cancer Support and York Races have taken the difficult decision to postpone this year’s Ernest Cooper Macmillan Ride of Their Lives and other fundraising activity attributed to the 50th anniversary of the Macmillan Charity Raceday.

In these uncertain times, Macmillan and York Races wanted to give a degree of clarity to their participants and supporters.

The British Horseracing Authority has currently suspended racing until at least the end of April 2020 following Government advice. While York Racecourse’s season does not start until mid-May and Macmillan Charity Raceday is not until Saturday 13 June 2020, there is sufficient uncertainty that it was felt best to make this decision early.

If racing resumes by June then York Racecourse would still hold Macmillan Charity Raceday but the fundraising aspect of the day would be scaled back.

Where is the money being spent?

How can I get involved if I can’t attend on the day?

If you are unable to attend the Macmillan Charity Raceday on Saturday 13 June, then there are other ways you can still get involved.

The Jump of Their Lives is taking place on Saturday 6 June, which is a tandem skydive in aid of Macmillan. Applications are open until 14 February and you will have the chance to see the beautiful views of the Yorkshire Coast.

If you would like to donate without participating in a fundraising event, there are other ways you can do so. Firstly, if you would like to make a cash donation, this can be done over the phone or by email. Please get in touch with the Supporter Events team on 020 7840 4800 or email yorkraceday@macmillan.org.uk to find out more. At the Macmillan Charity Raceday, we will be holding a silent auction, where there will be a range of amazing prizes to be won. The silent auction will go live before the event day, with the opportunity to bid online for your favourite prizes. Keep an eye on our website to find out more information about prizes and when the auction goes live.

If you would like to donate a prize to our silent auction, please get in touch with the Supporter Events team on 020 7840 4800 or email yorkraceday@macmillan.org.uk.

I want to support but horse racing isn’t for me

If you would like to support The Macmillan Charity Raceday but do not want to attend the event at York Race Course, then there are other fantastic ways you can get involved.

On Saturday 13 June the first Yorkshire Dales Mighty Hike is taking place. This stunning hike will follow the river Aire, passing Janet’s Foss waterfall and pretty market towns including Malham and Grassington. The one-day hike will cover 26 miles and is the perfect opportunity to support Macmillan and help paint Yorkshire Green on 13 June. The registration deadline is Friday 29 May 2020 so head over to www.macmillan.org.uk/yorkshiredales. to sign up!

Another fantastic opportunity to support Macmillan is by taking part in the Jump of Their Lives on Saturday 6 June. This is a tandem skydive in aid of Macmillan and you’ll have the chance to take in the beautiful views of the Yorkshire coast. Applications are open until 14 February so head over to York Racecourse website to find out more.

How can I watch the Ride of Their Lives race?

The Ride of Their Lives will take place around 6pm at York Racecourse on Saturday 13 June. If you would like to attend the race, head over to York Racecourse website to book tickets.

I am a corporate and want to support the fundraising.

If you are interested in finding out more about our sponsorship opportunities and how you can get involved with this event, please email yorkraceday@macmillan.org.uk.

We will be holding a silent auction at the Macmillan Charity Raceday where there will be a range of amazing prizes to be won. Keep an eye on this page to find out more information about the prizes and when the auction website goes live.

If you would like to donate to our silent auction, please get in touch with the Supporter Events team on 020 7840 4800 or YorkRaceDay@macmillan.org.uk. 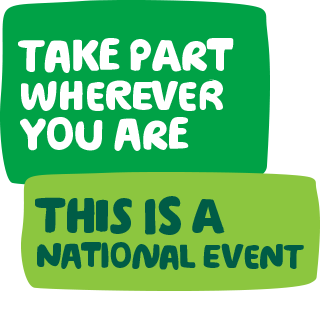 This event has raised over

to help us be there for more people affected by cancer Macmillan's House of Lords vs House of Commons Tug of War

More in this section

Get your plans rolling. We've got advice, support, materials and fundraisers who'd love to help you create a great event.

Go your own way

If you would like to take on a challenge for Macmillan which isn't in our listed events, no problem! Tell us which one you're doing and we'll send you a fundraising pack.

From fundraising resources and ideas to online fundraising tips and information about paying in your donations. We'll help you raise as much as possible for Macmillan.

Find training, nutrition and kit advice for whichever type of event you are doing.