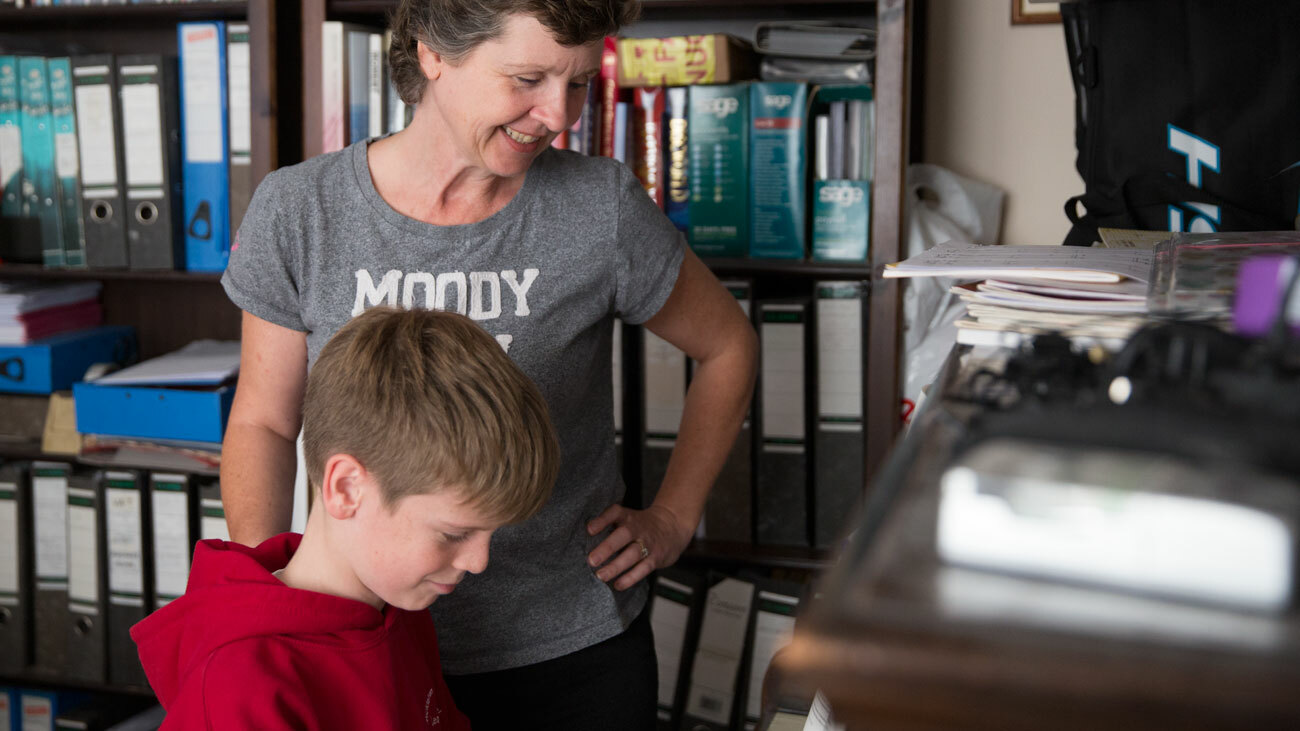 When Diane found out she had breast cancer, she and husband Gareth were advised to speak to their children about her diagnosis. She found this to be a really hard and emotional thing to do, and because her children were different ages, they decided to speak to them individually.

I think the first thing you think of is not how much time you've already had with them, it's that you want to be there for more. The first boy that breaks their heart, the wedding, the 18th birthday, all these things that are so important.

Nobody loves a child like their mother does. I adore my children and they're probably a bit spoilt, but I just want to be there, and not necessarily make it right, but help to pick up the pieces. I think that's something mums do well. We can't always make it right, we can't always sweep it under the carpet, but what we can do is say it will be OK.

Telling them was tough, it was Gareth who told them actually, because I just cried. And trying to hold it together and say it's going to be OK is really hard when you don't believe something, it's hard to sort of smile and reassure them when I know in my heart I was thinking, oh my god, I shouldn't be making promises I can't keep. And that's a horrible feeling.

When we told the children it was hard, we told them all individually. I don't know why we chose to tell them that way. I think we told the older two first because George is younger and we just felt they needed to hear together before we told George, so that we could say to George, you know what, it's gonna be fine.

'When we told the children it was hard, we told them all individually.'

Obviously their reaction straightaway was really tough. They both got really upset. And my daughter Alex was like, 'I can't lose you now.' I think when you're a teenager, you're in this bubble, and the only life that's important is your own, and your parents are there to serve you. And that's not a bad place to be, because I think that's what childhood is all about. It should be about that. It's quite selfish. But that's part of growing up, we all go through it.

It was very upsetting to begin with, my daughter was very angry, at cancer, and the fact she had no control over this situation. My son was amazing, and going further into the treatment, when I was losing my hair and I got really upset - that's tough for a woman - my son was like, 'Mum you look amazing.' At every opportunity he told me I was so brave and I looked great. It was lovely.

When we told George - and I have to say there's a five year gap between Lewis and George - the eldest two were very supportive of him. They really had his back, looked after him, any worries he had they gave him hugs, they were brilliant.

We're quite a tight-knit family, and this has probably made us a little bit more caring of each other, which is nice. I'm very proud of them the way they really looked out for each other, and they still do actually - George says they don't, but they do!