Right there with you
Answer four quick questions to get specially selected content for you.
Get your personal guide

What is pseudomyxoma peritonei (PMP)? 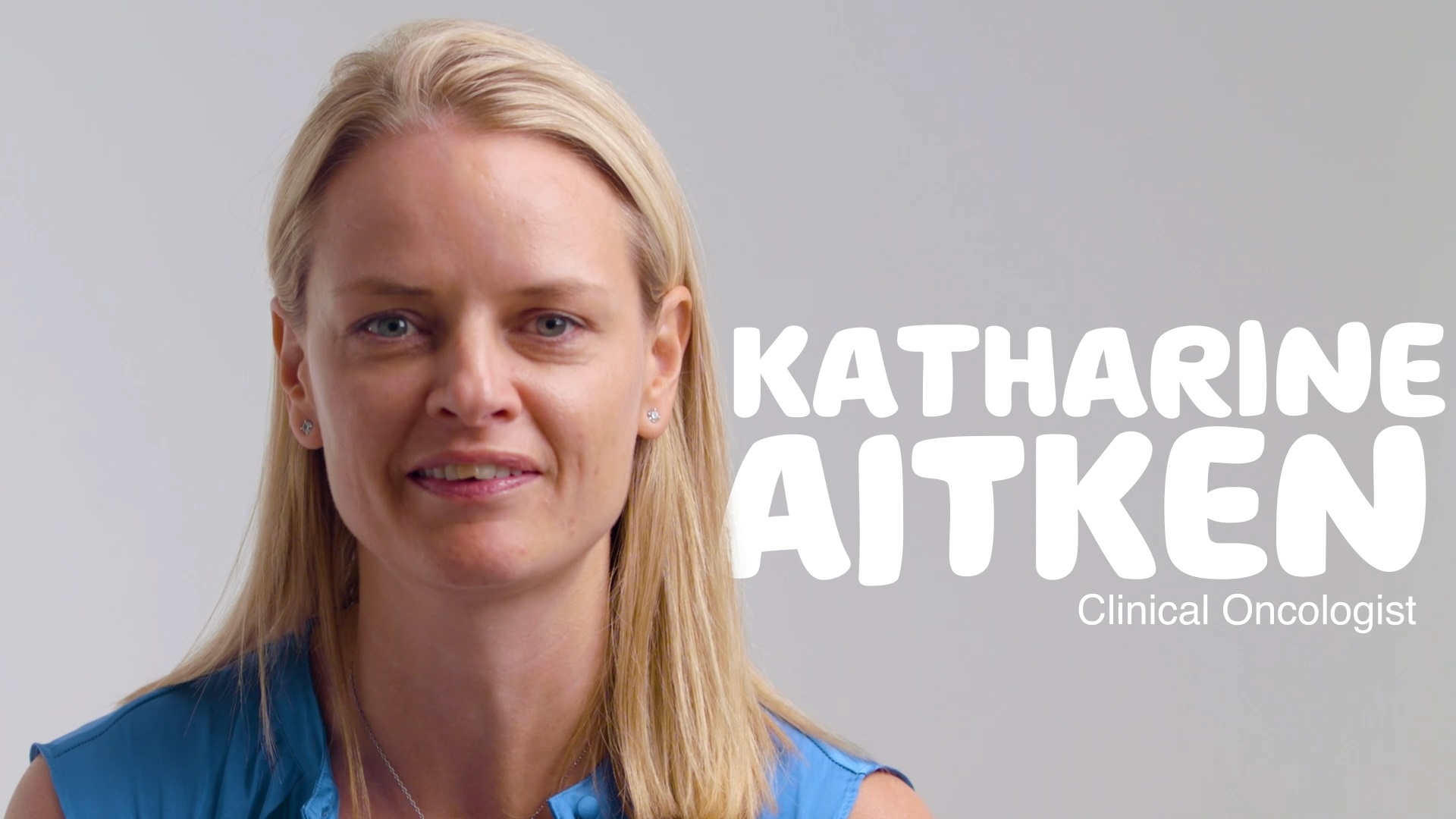 Pseudomyxoma peritonei (PMP) is a rare cancer that often grows slowly. It usually starts in the appendix. Sometimes it starts in another part of the bowel, the bladder or the ovaries but this is rare. We do not know what causes PMP. 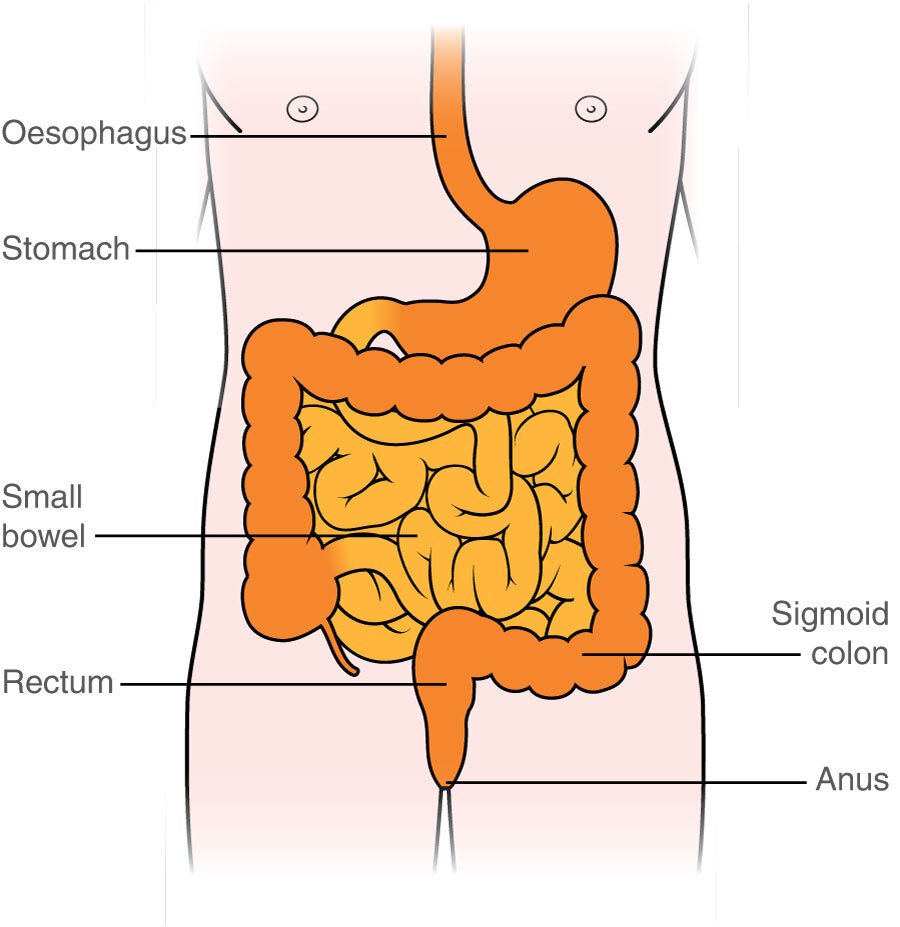 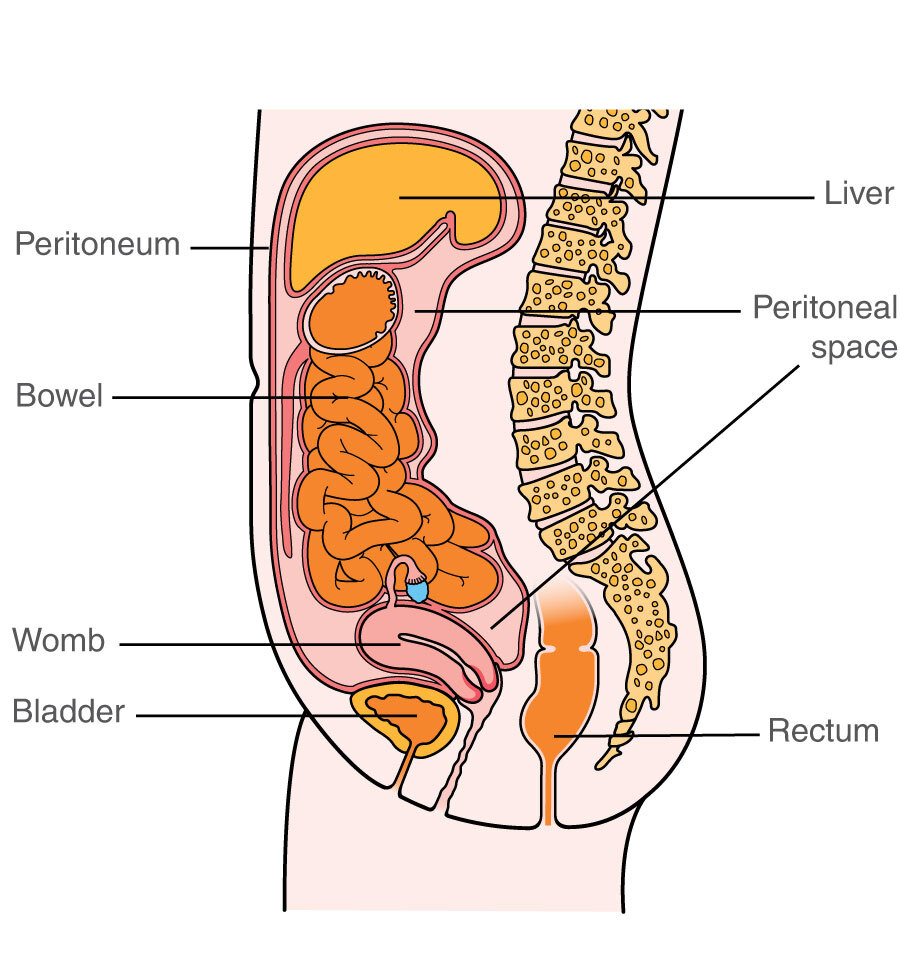 It may be many years before you have any symptoms. Eventually the build-up of mucin puts pressure on the bowel and other organs. PMP usually stays within the peritoneal space.

Some of the symptoms of PMP include:

PMP can be difficult to diagnose. You may have some of the symptoms listed above and go for tests. But PMP is often found when having tests or during treatment for other medical conditions. The following tests may be used to diagnose PMP.

You may also have a biopsy. This is when the doctor removes a small piece of tissue or cells. A doctor who specialises in analysing cells (pathologist) examines the tissue or cells under a microscope to look for signs of cancer. A biopsy can be taken in different ways:

The main treatments for PMP are surgery and chemotherapy. Your treatment may depend on how far the PMP has spread and your general health.

A team of specialists will meet to discuss the best possible treatment for you. This is called a multidisciplinary team (MDT).

Your doctor will explain the different treatments and their side effects. They will also talk to you about the things you should consider when making treatment decisions.

Cytoreductive surgery with HIPEC is an operation that aims to remove the PMP. It is also called the Sugarbaker technique, after the surgeon who first developed it.

It is major surgery, so it is important to discuss whether it is suitable for you with specialist doctors. After the surgery, you will stay in a critical care unit for a few days and in hospital for about 2 to 3 weeks. There are only two centres in the UK that offer cytoreductive surgery with HIPEC. If you have a long distance to travel, you may need to stay in hospital a bit longer.

The two specialist centres that do cytoreductive surgery with HIPEC in the UK are:

The aim of the operation is to remove as much of the PMP as possible. This often means removing:

In women, the surgeon may also remove the womb (uterus) and ovaries.

When the surgeon has removed all signs of PMP, they put a heated chemotherapy liquid into the peritoneal space. This is called hyperthermic intraperitoneal chemotherapy (HIPEC).

Chemotherapy uses anti-cancer (cytotoxic) drugs to destroy cancer cells. The aim is to kill any cancer cells that are left behind. After 60 to 90 minutes, the chemotherapy liquid is drained from the abdomen and the surgeon finishes the operation.

Some people will have more chemotherapy given into their peritoneal space during the first 5 days following the operation. A nurse or doctor will give this through tubes put into your abdomen.

Some people will have a stoma as part of the operation. A stoma is an opening that is made through the tummy wall (abdominal wall) and connects to a part of the bowel. Stools (poo) will no longer pass out of the rectum and anus. Instead, it will pass out of the stoma into a disposable bag that is worn over it. The stoma is round or oval and usually looks pink and moist. It has no nerve supply, so it does not hurt.

The stoma may be temporary. This means it can be reversed with a small operation after 3 to 6 months when you have recovered from surgery. Sometimes a stoma may be permanent. 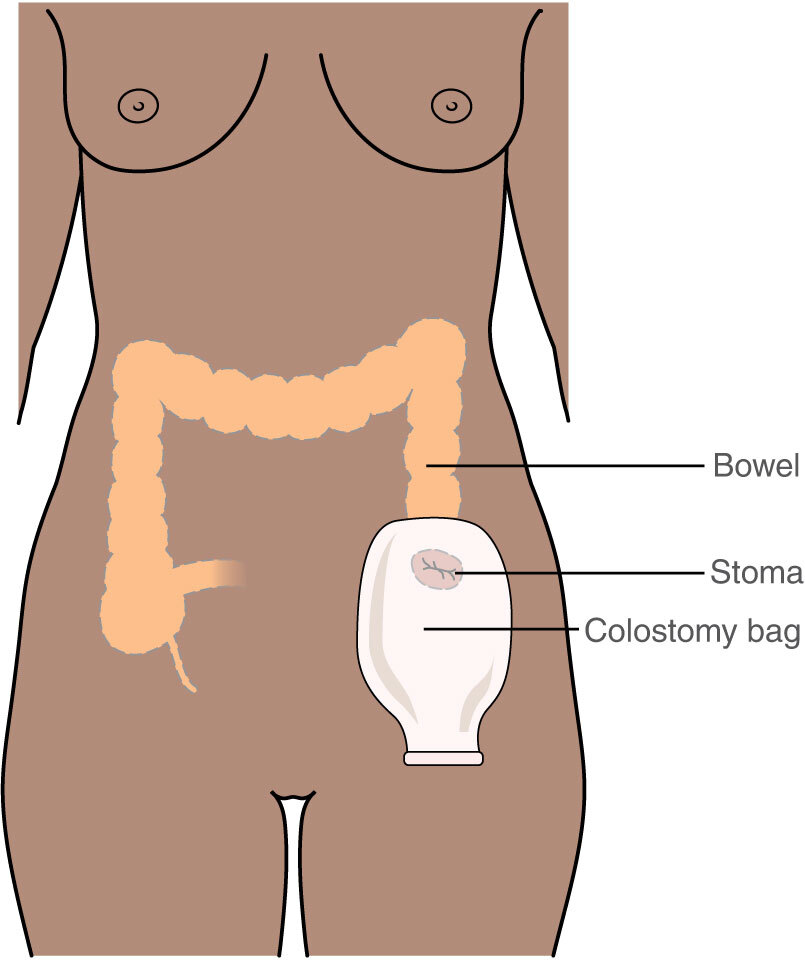 If it is not possible to remove all the PMP with cytoreductive surgery, you may have a type of surgery called debulking surgery. This is when the surgeon removes as much of the PMP as possible. They may also remove the omentum (part of the peritoneum) and part of the bowel. In women, they may remove the womb (uterus) and ovaries.

The aim of this surgery is to reduce the symptoms. This treatment will not remove all of the PMP. You may need to have more debulking surgery later.

It is common to have a permanent stoma after debulking surgery. This can help prevent the bowel from becoming obstructed (blocked).

PMP can be slow-growing. Because of this, the risks of treatment may outweigh the possible benefits for some people. In this situation, your doctor may suggest watchful waiting. This means you do not need to start treatment straight away.

You will have CT scans, blood tests and regular check-ups to monitor the PMP and your symptoms. If the PMP begins to cause you problems, your doctor will talk to you about starting treatment.

You may have some treatments as part of a clinical trial. But, because PMP is rare, there may not always be a trial in progress.

You may have many different emotions. You may feel shock, disbelief, fear and anger. It can be hard to manage these feelings at times and it is normal to feel overwhelmed.

Everyone has their own way of coping. Some people find it helpful to talk to family or friends. Others get help from people outside their situation. Sometimes it is helpful to share your experiences at a local cancer support group. There is no right or wrong way to cope, but help is there if you need it.

Some people with a rare type of cancer may find it helpful to talk to someone with the same condition. Your specialist doctor may be able to put you in touch with someone who has PMP and is happy to speak to others. There is an organisation called Pseudomyxoma Survivor who can also help with this.

Macmillan is also here to support you. If you would like to talk, you can:

Macmillan Cancer Support Line
The Macmillan Support Line offers confidential support to people living with cancer and their loved ones. If you need to talk, we'll listen.
0808 808 00 00
7 days a week, 8am - 8pm
Email us
Get in touch via this form
Chat online
7 days a week, 8am - 8pm
Online Community
An anonymous network of people affected by pseudomyxoma peritonei (PMP) which is free to join. Share experiences, ask questions and talk to people who understand.
Help in your area
What's going on near you? Find out about support groups, where to get information and how to get involved with Macmillan where you live.
Get help